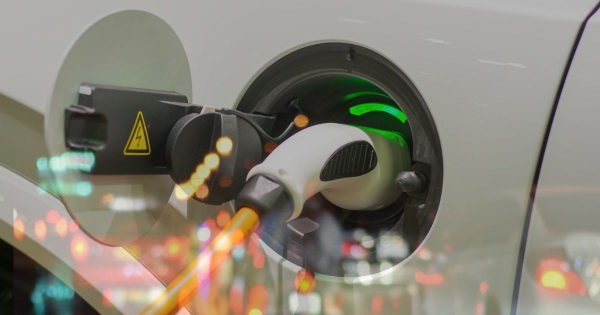 “We will not stop until every car on the road is electric.”

A bold, ambitious, and some would even say, dramatic, statement meant to capture one’s attention. Famously declared by a brash, blue-eyed innovator who almost single-handedly brought about the resurgence of the world’s interest in the electric vehicle, it captures the essence of what he and the company he co-founded have set out to do.

It is not difficult to guess that we are talking about Elon Musk and his company, Tesla, founded in 2003.

Before we talk about Tesla’s role in powering the revival of the electric vehicle, however, let us take a quick glimpse at the years immediately preceding it.

Electric vehicles came into being over 100 years ago, tasted early success at the turn of the 20th century and then faced a rapid decline, unable to keep pace with fast-evolving gasoline-powered vehicles, ultimately leading to its virtual disappearance in the Thirties. Sporadic attempts were made through the following decades to revive the technology, with a few notable examples like the Henney Kilowatt, manufactured by The Henney Motor Company in 1959-1960 – but it failed to elicit an enthusiastic response from the public and sales were abysmally low.

The space did not see much action till the Seventies, when the topic of energy crises started gaining global attention. This spurred an interest in the electric vehicle segment again. Soaring gasoline prices through the later part of the decade compelled car manufacturers and the US Department of Energy to think seriously about the possibility and feasibility of using alternative fuels. GM responded by developing a prototype urban electric car in 1973 and the US-based Sebring-Vanguard Inc. brought out a two-seater electric vehicle christened CitiCar. These attempts did not meet with much success, however - limited range and performance issues hindered widespread acceptance.

In the early 1990s, the California Air Resources Board (CARB) pushed for more efficient cars with fewer emissions through a mandate, in a bid to improve the deteriorating air quality.  Sensing an opportunity, a slew of manufacturers threw their hats into the ring, but their efforts did not translate into commercial success and were ultimately discontinued.

General Motors introduced the EV1 in 1996, but  stopped its production and recalled its fleet later for a variety of reasons; some argue that it was not a lack of consumer demand that led to this decision but that there were other factors and influences at play. The 2006 documentary “Who Killed the Electric Car?” explores some of these possible reasons.

The film depicts CARB's reversal of the mandate following relentless pressure from many quarters and interested lobbies including car manufacturers, the oil industry, even the political administration of the day. It explores some of the plausible motives that may have triggered the adverse response to the electric car by the auto and oil industries. One of the key factors was the fear that oil companies had of losing their monopoly and stronghold on gasoline, if EVs became the preferred mode of transport. Most auto companies, in spite of displaying enthusiasm and good faith initially, later started dragging their feet, unwilling to make the investments needed for the further development of EV technology. Another factor, the film posits, is their realization that EVs may lead to revenue loss in the long run, because they require minimal maintenance and servicing. Whatever the reasons may have been, the reality was that there were no commercially produced EVs in the market for consumers at the beginning of the 21st century.

The Disruptor – a.k.a. Tesla Motors

Tesla changed that, almost single-handedly. Ever since Musk burst onto the scene with his avowed mission “to accelerate the world’s transition to sustainable energy”, the auto industry has been forced to change rapidly. In 2008, Tesla made a grand debut in the world of electric vehicles with its first high-end sports electric car – the Tesla Roadster. The Roadster was the first highway-legal serial production all-electric car to use lithium-ion battery cells, and the first production all-electric car to travel more than 320 km per charge. With the Roadster, the engineers who founded Tesla proved to the world that one didn’t need to settle for less to drive electric – that EVs could actually be quicker, better and ofcourse much more efficient than gasoline-powered ones. Their path-breaking battery technology and power electronics, among other things, helped make this possible.

The unexpected success of the Roadster and Musk’s fierce commitment to bringing a sustainable mode of transportation to the masses created strong ripple effects in the auto industry. Leaders at several large automobile companies, including Nissan and General Motors, have acknowledged that Roadster was the catalyst for the growth of the EV segment. They said it amply demonstrated that there is an untapped, pent up demand among consumers for more energy-efficient vehicles. GM vice-chairman Bob Lutz was quoted in The New Yorker in a 2009 edition as saying, "All the geniuses here at General Motors kept saying lithium-ion technology is 10 years away, and Toyota agreed with us – and boom, along comes Tesla. So I said, 'How come some tiny little California startup, run by guys who know nothing about the car business, can do this, and we can't?’ That was the crowbar that helped break up the log jam."

There was no stopping Tesla once the “log jam” was broken. The next Tesla vehicle, the Model S, was released in the U.S. in June 2012. Designed and built from the ground up, this was the world’s first ever premium, all-electric sedan that set new standards in safety, performance and efficiency, in that auto segment. Futuristic features like over-the-air software updates that improved the car’s performance over time, were introduced in the Model S.

The floodgates of global interest in and adoption of the EV by the auto industry seemed to have opened with the wheels being set in motion by Tesla. An entire collaborative ecosystem has sprung up since, comprising auto manufacturers, battery manufacturers and components suppliers. Car manufacturers leading the bandwagon, apart from Tesla, are spread across North America, Europe and Asia-Pacific. Nissan and BYD – from Japan and China, Renault from France, BMW from Germany and Chevrolet from the US top the list.

Apart from the US, China, Japan and South Korea have taken the lead in the battery manufacturing industry for electric mobility and energy storage. Contemporary Amperex Technology (CATL), formed in 2011 in China is one of the largest producers of Lithium-ion batteries today for electric mobility, followed by Panasonic and BYD – again from Japan and China, respectively. Another China-based maker, OptimumNano Energy Co. Ltd., and South Korea’s LG Chem, are large suppliers as well. The same trend of dispersed global adoption is visible in the realm of EV components manufacturers, with names such as Samsung SDI (South Korea), Automotive Energy Supply Corporation (Japan), LG Chem, Panasonic, and Continental AG (Germany) being some of the prominent ones.

The Future is Here

Innovation is currently at an all-time high in the auto industry. Automakers are investing big money and expertise in R&D, in a bid to stay relevant in the face of unprecedented changes that are sweeping through the industry. Disruptive innovators like Tesla have been instrumental in shaping many of these changes and in forcing the rest of the industry to think radically differently, after almost a century.

The question now is what needs to be done to accelerate the world’s adoption of the electric vehicle? How can they be made more accessible and affordable to people across the world? If the objective is to ensure the advent of clean transport and clean energy, then what are the critical factors that will need to be addressed?

Watch this space to find out, in the forthcoming third and last part of this series. 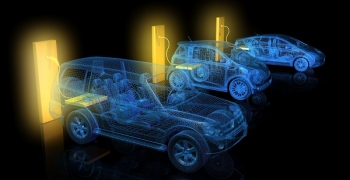 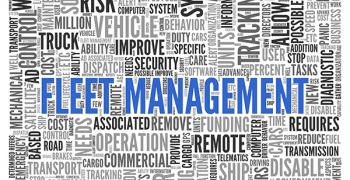