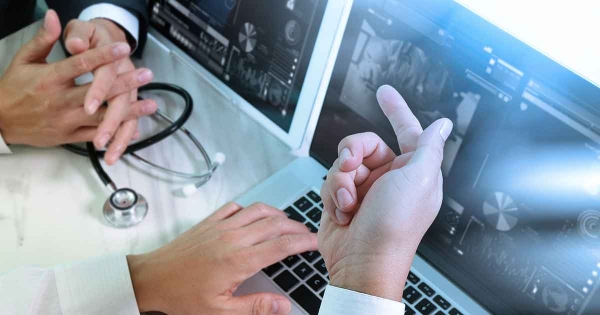 You would probably remember the oddly charming, average-built theoretical physicist of Japanese origin Michio Kaku from his several broadcast programs on television, films, and radio. In his 2011 book Physics of the Future, Kaku writes, “When watching reruns of the old 1960s TV series Star Trek, you notice that much of this ‘twenty-third-century technology’ is already here. […] Soon, we will also have versions of the […] ‘tricorders’, which can diagnose disease from a distance.” Even for a futurist like Kaku, it must be startling how rapidly such technology has developed, with the wearable medical and healthcare technology market expected to expand at a CAGR of 41% between 2012 and 2018. This is higher than the projected growth rate of the entire global wearable technology market.

One Step Forward: IoT and the Medtech Market

In 2016, millions of people in the US had their first video consults, and were prescribed their first health apps, using their mobile devices as diagnostic tools. It is evident from available statistics that this market has immense potential for growth. But, this proliferation will also effect some dynamic changes in the next few years. For instance, certain legislations will come into force, introducing a whole array of revised and new regulations, along with terms of compliance. Concurrently, the Internet of Things (IoT) will integrate manufacturing, supply, and aftermarket chains, producing cost-efficient and highly capable technologies. This assumes great significance when it comes to the wearable medtech, and medical equipment market. The US International Trade Administration observes that 2017 will witness the increased application of 3D medical printing. This will not only aid in the design and production of cutting-edge devices, but also find use in surgical planning and the development of biomaterials. OEMs therefore need to engineer their design services in accordance with emerging trends and applications, like 3D printing. Easier development of functional prototypes will help them introduce more focused devices and technologies. For example, a Toronto-based company has rolled out an at-home Pap smear device, specifically designed for the women’s healthcare segment. Allied technologies like augmented reality (AR) hold great promise when it comes to being a viable and acceptable platform for users. Certain AR systems are helping doctors navigate through 3D models of MRIs and CT scans, with the support of ocular devices. Doing so often enables them to determine the best possible route for a particular surgery. In another instance, a global orthopedic implant and device manufacturer has teamed up with a leading technology conglomerate to allow surgeons to conduct a surgery first, without involving the patient. Thanks to these trends, the mobile healthcare industry is projected to generate revenues of $26 billion by the end of 2017. Till now, mobile operating systems have been designed to cater only to certain health apps. But with the introduction of newer connected devices and wearable technology, such operating systems need to become more adaptable. The testing of an application can be automated on open-source platforms like Android, using certain tools to enable the development of device-specific apps, like pain relief wearables. Clearly, mobility and AR will define the future medtech market – with smart manufacturing and improved aftermarket services becoming key facilitators of the projected revenue boom.

Automatons of the Future: Healthcare Robots

It has been announced that a fully-robotic surgical system will be launched by the end of 2017. This will be markedly different from existing systems that only help surgeons attain more precision through informatics and tools. A true robotic system will be able to conduct surgical procedures independently, with advanced analytics empowering medical practitioners to make better decisions. The global healthcare robotics market, which entails surgical robots, hospital robots, and rehabilitation robots, is poised to experience a revenue spike – from $1.7 billion in 2016 to $2.8 billion by 2021, at a CAGR of 9.7%. This expanding market has already witnessed some of the most innovative technological developments. Engineers at Drexel University have devised a method to use electric fields to aid bacteria-powered microscopic robots effectively navigate, avoiding obstacles in their environment. These robots can be used to administer medication or influence stem cell growth. According to the 2015 Japanese census, the number of elderly people of, and above the age of 65, constitute 27.6% of the total population. With such a large aging demography, the country has one of the largest markets for caregiving services, and robotics is already transforming this space. The world’s most advanced humanoid robot, capable of assisting elderly people with picking up and fetching things, apart from reminding them of medicine timings and schedules has already been developed and tested. Yet another robot has been introduced, capable of lifting patients from beds and putting them in wheelchairs, without causing any injury or damage to them. As such, hyper-connected, analytical ecosystems enabled by IoT are opening up infinite possibilities for the healthcare industry. If you badly cut yourself, say ten years into the future, you would probably be put into a Star Trek-like health pod, where several nanobots will instantly patch you up. Who knows? 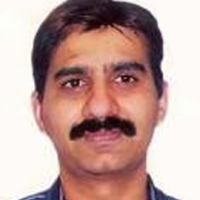 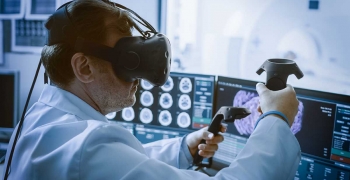 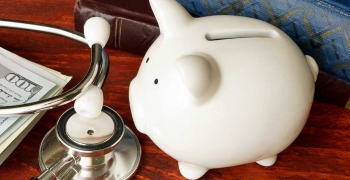 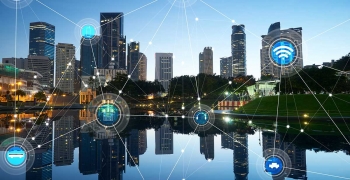 Amit Chadha
The Interconnected Fabric: That Ingredient to Raise Your Digital Quotient
Leave a Comment

Medical technology has been booming since the human civilization started. Healers are having this job from the beginning and technology serve a major part in it. Now we can see AI and several bots making several changes. Surgery, for example, can be performed by their help.
Wed, 03/28/2018 - 16:49
View More Comments
View Less Comments
×Explore